Typically known for the active and healthy lifestyle of its inhabitants, recent years have seen much change in the rates of overweight and obesity in Sweden.

With the country’s obesity rates increasingly being cited as a public health concern, EASO sat down with Dr Carl-Erik Flodmark, one of Sweden’s leading obesity specialists and a member of the National Board of Health and Welfare, to get his take on the nation’s evolving obesity landscape.

Obesity in Sweden: a snapshot

A lack of standardised measurement protocols have made precise estimates of obesity difficult to confirm in Sweden, however the country is generally believed to sit in the lower-to-middle range of the European obesity incidence spectrum. With recent decades bringing a spike in prevalence rates, general estimates currently place adulthood obesity at about 10%, whilst childhood obesity rates are believed to be around 6-8%.

Traditionally, a number of preventative factors including an emphasis on healthy eating and nutritional education have helped contain the prevalence of obesity in Sweden. However, growing social inequalities are increasingly seen as a key contributor to the rising overweight and obesity rates, with evidence suggesting more deprived areas to be particularly vulnerable.

Media attitudes lead to a shift in perception

Whilst for some time research has supported the role of environmental and genetic components in obesity, it took quite a while for public perception of the disease to change. Up until a decade ago – obesity wasn’t viewed as a disease, but rather considered as a matter of personal responsibility. However, a sudden shift in media reporting of the topic helped re-shape attitudes.

Studies suggest that within the last decade, the Swedish media shifted its representation of obesity from a disease that only impacted the isolated few, to a condition that could affect anyone. With a more balanced tone and less sensationalist imagery – obesity began to be viewed as a more serious condition. Though stigma towards adulthood obesity remains an issue to be addressed, both in professional and public sectors, childhood obesity at least is now largely perceived as a legitimate health concern.

Prof Flodmark believes that whilst there is still much work to be done to investigate both the environmental and biological factors involved in obesity, discussions around the disease are still marked by many misconceptions that often discount underlying genetic contributors.

The need for collective action

Despite increasing calls for action, Sweden’s national government has yet to issue any national guidelines for obesity treatment and management, and as a result the country remains one of the few European authorities without an agreed obesity treatment and management protocol. Interestingly this isn’t a consistent picture across the country, as different measures are being taken across Sweden’s 21 local governments.

In the south of Sweden for example, Prof Flodmark has helped put in place local guidelines for treating childhood obesity based on methods adapted from family therapy and psychology. Though the guidelines achieved promising results and have now been adopted in areas across the Netherlands and the United Kingdom, Sweden’s decentralised nature means it can be difficult to share and promote unified practices.

With more important work to be done to prevent Sweden from catching up to the disease prevalence rates of some of its European counterparts, obesity remains a concern. “Clear national guidelines could go a long way in helping to manage obesity in Sweden”, stated Prof Flodmark, “I believe this is an important area that could certainly benefit from a strong push from medical associations, the public and the media in Sweden”.

EASO is looking forward to continuing its work with the Swedish Association for the Study of Obesity (SFO) to promote obesity research and management. With a recently elected new government, as well as September bringing the EASD Annual Meeting to Stockholm, there certainly seems to be increased attention paid to obesity and its related comorbidities in Sweden. 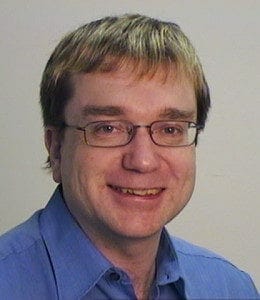 Prof. Carl-Erik Flodmark, MD, Ph D has been treating childhood obesity since 1986 and presented his thesis on this subject in 1993. A regional Childhood Obesity Unit was started as a project in 2001. In 2004 the Unit became an official tertiary referral centre for the Skåne Region and since 2006 its responsibilities increased to cover the South of Sweden. From 2002 until 2004 he was the President of the National Swedish Family Therapy Association. Currently he is a member of the editorial board of the International Journal of Obesity. He has developed a new treatment model for childhood obesity using solution focused brief therapy and structural family therapy. He has been the founding President of SPOC (Scandinavian Pediatric Obesity Conference), which organised the pediatric satellite meeting at the International Conference on Obesity in Stockholm in 2010. He is also a board member and since 2012 the President of the Swedish Association for the study of Obesity.

Blog, European News, News
Call for obesity to be categorised as an NCD by EU Council

COVID-19 News, European News, News
What is it like to live with obesity?

Advocacy, European News, News
A new focus and strategy for Obesity in the UK

A new focus and strategy for Obesity in the UK

Advocate Spotlights, European News, News
The EU Commission has listed Obesity as one of the high risk groups who are ‘medically vulnerable’.

The EU Commission has listed Obesity as one of the high risk groups who are ‘medically vulnerable’.