This week the Irish Coalition for People Living with Obesity (ICPO) made an official complaint to their National Broadcaster RTÉ, in response to highly stigmatising comments made in a “comedy” sketch as part of a charity fundraising show, which was viewed by 1.4 million people living in Ireland. 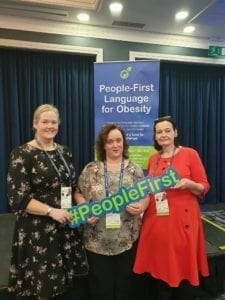 Susie Birney, the ECPO secretary and acting Chair from ICPO, along with the ICPO committee and board members, have taken to social media to highlight this and recieved outstanding support across Twitter and Facebook.

The EU discrimination laws include five categories of age, race, religion, gender and disability. Weight/Obesity is not yet included. No chronic disease is listed and there is a movement for discrimination on the grounds of health to be added. 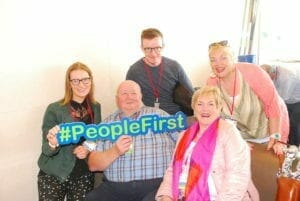 people stood up and advocated that they needed to be, just as Obesity should be. It is time weight is added too as a matter of urgency.
If we don’t contest stigmatising public actions, then we will have no success in reducing weight stigma and bias.

The complaint started out with gaining valuable support from national healthcare professionals, but it began to gain attention from some international supporters too who were instrumental in giving advise to this newly forming patient led organisation in Ireland. Added with the long list of names from people who live with or the family of someone who lives with obesity, it is hoped that the National Broadcaster will re-think their future broadcasts with regards to stigmatising people who live overweight or obesity in Ireland.

The ICPO alongside the ASOI will continue to address weight stigma and putting “People First” in Ireland.

Click here to read the ICPO Letter of Complaint to RTÉ 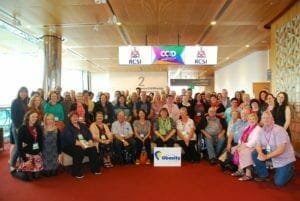