ECPO AGM Update from Ken Clare, Chair of the Board of Directors.

My first real experience of EASO in 2013 when I spoke at the ECO (European Congress on Obesity) in my home city of Liverpool in the UK.

I was overwhelmed by the enthusiasm and passion of members in developing the knowledge and science of the study of Obesity.

In 2014 myself and 13 European patient advocates were invited to ECO in Sofia Bulgaria. At that meeting the EASO Patient Council was born. We developed and we remain grateful to the nurturing and support we received from EASO.

That support and allowing us to be self-determining was a feature of our development.

A lot of hard work and dedication went into getting us ready for our launch at ECO 2019 in Glasgow as an independent patient organisation, with the support the EASO scientific community behind us.

We launched as EASO-ECPO The European Association for the Study of Obesity – European Coalition of People Living with Obesity.

Even at that point we knew we would one day standalone as ECPO.

We are grateful to the EASO Committee members, Presidents both past and present, and the EASO team including, Sheree, Euan, Ximena, Marco and Jacqueline for helping us get to where we are today.

Prof. Jason Halford and Euan Woodward are members of our Board of Directors, and we are grateful to them for their continued input and support.

So, while we have changed our name and our logo, we will continue with a special and longstanding relationship with EASO. We share so many of the same goals. #TogetherWeCanDoSoMuch

Christina Fleetwood steps down from ECPO board of Directors 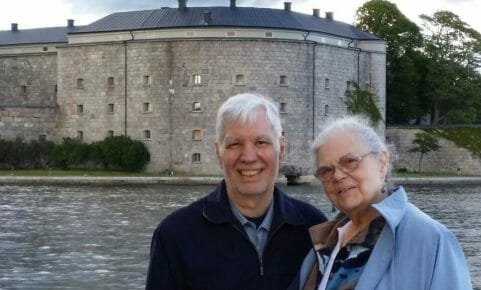 It is with a degree of sadness that I announce that Christina Fleetwood, one of Board members stood down at our recent AGM.

Christina was one of the original patient councils members and has been a beacon during the development of our new organisation. She held many posts within the patient council including a period as joint chair, and she was instrumental in steering the Milan declaration to fruition.

Christina has been a board member since ECPO launched and we are aware of her major achievements in the stigma group and presenting workshops with team members along with David her husband.

I asked David for some background about Christina’s career. I think the best way to do it justice is to publish it verbatim.

“Christina has long experience in working with people with disabilities. She has a master’s degree in political science from Uppsala University and 1973-74 she travelled to the United States where she did a master’s degree in special education for visually disabled at San Francisco State University. She worked in Portland, Oregon, 1975-1980, which is where she and I met. We moved back to Sweden in 1980.

Besides working with the visually disabled, Christina has worked with young people with multi-handicaps, and has been Chair for the Stockholm chapter of the Swedish Epilepsy Association. 2006 she finished her third master’s degree, this time at the Nordic School for Public Health in Gothenburg, where her thesis was on user involvement.

2009-2015 she was Chair for the Swedish Association for People with Overweight (now HOBS, Health Independent of Size)”.

As you can see an impressive career by any measurement. Christina’s personality and presence on the board and at in person events will be sorely missed. Thank you Christina for your dedication and guidance to the ECPO community.

I asked Board members for their views and comments, and I think EASO President Jason Halford summed up all our views so well.

‘I have only come to know Christina in the past six years.  An academic and someone with lived experience, she was an advocate, researcher and educator in stigma, way ahead of her time. I remember spending time with her travelling or at various events enjoying her and David’s company. Christina laid the foundations for ECPO, patient advocacy and patient led education globally.  EASO is happy to inaugurate a new annual award for patient focused research and research on stigma in Christina’s honour.’ Jason Halford, EASO President.

Carlos Oliveira steps up as Vice Chair of the ECPO Board of Directors.

As a sign of our increasing maturity as an organisation and the growth and challenges we are facing ahead, the board has decided to create a post of Vice-Chair.

At the recent Directors meeting prior to the AGM Carlos Oliveira was proposed, seconded and duly appointed as Vice-Chair.

Carlos was a longstanding member of the Patients council before being appointed as a board member.

He has extensive experience in Adexo, the National organisation in Portugal, of which he was a founder. He has also served on many international groups and has experience of policy implementation at EU level.

With ECPO, Carlos is an active member of our funding committee and is a key play player in our mentoring strategy group.

Carlos brings a wealth of experience to the table, and I am looking forward to serving with him in this new role.

Chair of ECPO Board of Directors