For EASO one of the most memorable moments of 2015 occurred on 6 June, when the Milan Declaration was formally presented during the Milan Expo in Italy. The declaration, which sought to provide guidance and engage stakeholders to take action against obesity, was the result of a close collaboration with a number of important organisations, including Società Italiana dell’Obesità (SIO).

As we look to 2016 and the important work ahead, we sat down with the President of the SIO, Prof. Paolo Sbraccia, to get his take on what is in store for obesity in Italy and beyond.

Although Italy’s obesity problem might be considered mild in comparison to many of its neighbouring constituents (the country boasts one of the lowest adulthood obesity rates in Europe [approximately 10% of the population]), childhood obesity rates are notoriously considered one of the highest (36% for boys and 34% for girls)1. In addition, WHO projections forewarn that by 2030 rising prevalence could see disease rates nearly double for certain populations.

The underlying factor responsible for this trend is difficult to pinpoint: “The issue of childhood obesity is paradoxically more prominent in the south of Italy, where the Mediterranean diet should be more prevalent”, said Dr Sbraccia. “However it’s possible, that cultural dynamics, increased access to junk food and differences in exercise habits have helped tip the scale”.

Despite these challenges, Italy is helped by its government’s relatively progressive attitude towards obesity as a disease, “there is a certain appreciation amongst politicians especially, that the dangers posed by obesity go beyond mere aesthetics. It is becoming increasingly difficult to ignore the significant economic and societal burden caused by obesity and other non-communicable diseases”, stated Dr Sbraccia.

Whilst awareness of obesity as a disease is an important first step, treating and managing obesity and its comorbidities remains a challenge: “For every individual with obesity, the disease can introduce a host of physical and psychological comorbid conditions”, said Dr Sbraccia. “These comorbid conditions make treating this disease a uniquely complex and convoluted process.”

In addition, the financial burden doesn’t help. Despite obesity reportedly costing Italy 9 billion euros a year, with the whole of Europe facing a financial crisis, health expenditures have been severely restricted, with a view to reduce short-term costs.

Currently, healthcare practitioners in Italy are only able to offer people with obesity prescribed diets to help manage their condition. Past experience has proven that this solution is insufficient, and that a tailored and specialised approach is needed in order to help effectively manage the disease.

With the Milan Declaration calling for action on obesity across Europe and drawing attention to the increased morbidity and mortality caused by the disease across the world, it is clear a novel and integrated approach needs to be considered. Dr Sbraccia commented, “We know diet alone is not enough, and that it does not serve as an effective and long-term treatment option. Obesity is a multi-faceted disease that requires a truly interdisciplinary approach”.

To help foster the collaborative and connected network needed to tackle obesity, one of the important projects SIO is currently working on is creating a network of specialised centres for the treatment of obesity that could work with policy makers in order to examine and develop existing treatment protocols. “At the moment we do not have a specific ‘cure’ for obesity, but I hope that in the future we would be able to offer patients specialised treatments that address their individual needs”, said Dr Sbraccia.

“We have a developing understanding and awareness of the risks posed by obesity, but now it is important we also find a way to get people to act on this knowledge before it is too late. As we’ve seen with other conditions and diseases, intelligent, engaging, and fresh reporting from the media can certainly prove incredibly efficacious at inspiring action and changing perceptions”, said Dr Sbraccia. 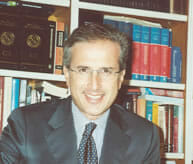 Dr. Sbraccia was a member of the Board of Directors of the Italian Diabetes Society (SID) until 2010 and is now President of the Italian Society of Obesity (S.I.O.). In 2011, on behalf of SIO, he coordinated the Steering Committee for the Italian Guidelines for the Management of Obesity.

Dr. Sbraccia is a member of the Editorial Board of “Eating and weight disorders” and “Internal and Emergency Medicine” and is an ad hoc reviewer of various scientific journals. He is also a member of the “Scientific Advisory Group for Diabetes and Endocrinology” of EMA.