Initially established in 2013, to help the European scientific and clinical community better understand the patient experience. From this, the Patient Council developed into a strong voice for people living with Obesity & the patient community across Europe. We are now an independent patient led, managed, and run organisation working collaboratively across Europe.

The EASO Patient Council was first officially formed in 2013 where approximately 10 patient representatives came together and then met in person at the European Congress in Sofia, Bulgaria in 2014. These patients represented countries such as Portugal, Ireland, the UK, Iceland, Italy, Sweden and Poland to name a few. 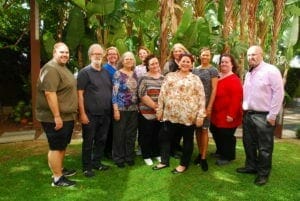 The aim of the Patient Council was to work to help the European scientific and clinical community better understand the patient experience along the care pathway.

The EASO Patient Council was born from an idea of bringing together diverse European patient leaders to develop a broad-European advocacy community. In 2014 there were strong advocates for people living with obesity in some European countries, though people didn’t know one another and there wasn’t a wider sense of community and common cause. The Patient Council developed this sense of community, despite the linguistic and cultural challenges inherent in collaboration among patients from diverse cultures, speaking 15 different languages from 20 countries—and keeping in mind that this is a patient group and some leaders have also struggled with ill health. This is a tremendous accomplishment.

As a result of the alliance, the Council has made a major mark on European and global obesity communities expanding to include their membership groups, numbering in the tens of thousands.

EASO ECPO (The European Coalition for People Living with Obesity) launched officially on April 29th 2019 at the European Congress on Obesity, Glasgow. 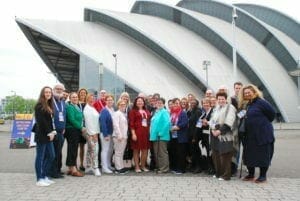 We have grown to collaborate with 31 countries across Europe with more than 50 lead patient representatives and advocates, and we continue to expand our network.

Out of the original 10 patient representatives who met in Sophia, Bulgaria in 2014, there are 7 still actively involved in the Organisation.