In recent weeks we have seen a wave of debates and discussions around the new Obesity strategy from the UK Government.

Perhaps one of the most eloquent quotes when the strategy was announced on July 27th 2020, came from Sheree Bryant, Director of communications of EASO as she tweeted ‘Obesity is a complex chronic disease. “Human bodies are an orchestra, not an abacus.” We need a whole systems approach to address unhealthy overweight.’

The chair our Board of Directors, Ken Clare who is also the director of Bariatric Metabolic Surgery Services within Obesity UK, shared his thoughts on the Obesity strategy by the Uk Government. 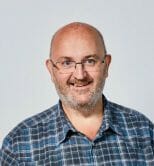 ‘The pandemic has by very definition had far reaching effects across the world. I am not clear at which point the science in the UK began to see an association between obesity and outcomes from Covid-19 however it did. Like most information at the start there were rumours and instantiated claims.

Our Prime Minister the Rt. Hon. Boris Johnson was admitted to hospital with the virus and of course this made the news.

On his discharge from hospital he seemed to have had a radical change in his views towards obesity. The press reported he was determined to implement a fundamental policy review and put in place a strategic plan. He was quite open about the effect his weight had had on experience with Covid-19. In June the PM declared war on obesity – language that could be seen as less than helpful.

In the ensuing weeks various groups stated what they should be in the plan. I believe the most balanced measured view was a statement issued by the All Party Parliamentary Group Strategic Council. Read the APPG Obesity’s Top Ten Policy Wish List HERE.

Here in the UK our print media is broadly in two camps.

In addition we have TV, and radio. Despite repeated requests, suggestions, workshops and pleas the media still seem unable to grasp the concept of using non-stigmatising images. TV shows still feel they can use People Living with Obesity as a source of humour and ridicule.

Social media is a major force especially Twitter where it seems opinions can be expressed or challenged without any fear of the consequences. Some people have moved away for the sheer expression of fat shaming and inexcusable trolling they have endured. The personal toll this has taken on individuals cannot be underestimated

The report was due to be released on Monday 27th July 2020. In the preceding week we gave insights into what may or may not be included. The focus then seemed to be on junk food advertising and restricting 2 for 1 deals on unhealthy food products. The thought of Primary care Doctors prescribing cycling was latched onto by many. This sparked activity in traditional and social media. Many “celebrities” seem ready and willing to contribute to the debate.

Monday 27th initially saw the press release which seemed to leave many commentators underwhelmed or disappointed. The full report released in the afternoon was long on general overarching principles which were worthy. Missing however, was the detail in the plan to

Will it happen, only time can tell but Obesity UK and other organisations will continue be involved in the increasing pressure to improve this situation.’

commented ‘Any change to the obesogenic environment is a positive one, and we welcome that, but it’s not going to make much of a difference to people living with Obesity right now. It’s really a preventative measure not a treatment measure. People with Obesity want support and access to treatment and right now we do not have access to those options‘.

To watch the full interview with Sarah, click HERE

We also wanted to share some of the statements and comments from other organisations, associations and big names in the Obesity community also, Read more below.

Obesity UK and BOMSS teamed up to deliver these comments ‘We welcome the Government’s new focus on obesity, spurred on by the PM’s recognition that people living with obesity have been shown to be at an increased risk of severe consequences from COVID-19. However, we are concerned that the strategy published today contains no concrete proposals for increased patient access to what is indisputably the best treatment available for those living with severe and complex obesity, bariatric surgery. The focus (once again) is on prevention and low-level interventions mainly aimed at the majority of adults with milder degrees of obesity.’

The ASO statement noted ‘We commend the interest in educating health care professionals about obesity, the expansion of NHS weight management services, and the incentives to primary care to manage obesity. However, this can only occur when we have better weight management services across the country that the GPs can refer to. Indeed, there needs for better access to all weight management treatments, from lifestyle interventions to bariatric surgery in order to meet patient demands, especially those living with severe obesity.’

‘We acknowledge that the steps suggested in the government’s plan highlight how obesity is not a personal responsibility, but note that the anticipated policies do not go far enough to address biological and environmental drivers that oppose sustainable changes in behaviour.’

However, our OPEN UK colleagues shared their concern that the weight bias and stigma to people living with Obesity, will only fuel the societal view that Obesity is a personal responsibility and lifestyle choice.

‘OPEN UK has concerns that the focus on individual behaviour change rather than system wide actions is likely to fuel weight stigma and discrimination that is already pervasive in the UK. Focusing solely on individual changes not only overlooks the wider determinants of obesity but leads to beliefs that obesity is solely within an individual’s control. This is likely to lead to blame, perceptions that obesity is the result of a lack of willpower, and negative attitudes and behaviours towards people living with obesity.’

You can read more from OPEN UK  HERE.

Ted Kyle, who also sits on the Board of Directors of the OAC, also shares his perspective on the UK New Obesity Strategy and blogs ‘Obesity is a problem of complex systems that conspire to harm our health. Simple, linear solutions – e.g., “let’s inspire everyone to lose weight” – are hopelessly naive.’

‘Yet again, we see this failure playing out in a simplistic plan from Boris Johnson’s UK government to inspire the British people to lose weight. For a thorough understanding of the challenge, we commend the following thread (click here ) to you from Professor Harry Rutter at the University of Bath.‘